Today is Ash Wednesday and I got my ashes.  Now, I’m a lapsed Catholic, although I much prefer the old Irish term – fallen away Catholic. (I always picture climbing up the Catholic ladder to heaven, slipping and falling down into the flames below!)  Anyway, I don’t go to church much anymore except for the BIG DAYS like Christmas & Easter, but I still hang onto certain things like ashes on Ash Wednesday, trying to stick to fish on Fridays during Lent and carrying a Rosary in my purse.  I’m pretty sure that’s the nuns’ fault.

I went to 13 years of parochial school. (The irony of the number 13 is not lost on me.)  The nuns tried to get me to consider Catholic College but I knew I needed to experience the evils of a secular education.  To be honest, the further I moved through the educational system, the more liberal the nuns became but that’s because I hit high school in the late 60’s, early 70’s and everyone was more liberal by then.

Back then, nuns held a particular place in the Catholic hierarchy.  The were above us mere mortals but below the hallowed priests.  They were to be obeyed at all times.  They were the Final Word – no arguments.  The particular Sisters that drummed the most doctrine into my head were my grammar school nuns. (Only public school kids call it Elementary School.)   Their strange, otherness held a morbid fascination for us kids.  We referred to them as The Sisters of The Holy Terror.  They were Warriors for Christ – Ninjas in black and white.  They could wield a yard stick like the greatest Samurai; throw a piece of chalk or an eraser like a nunchuck and hit the kid in the back row who was fooling around; and they had the amazing Yoda-like ability to see what you were doing behind their backs.

They always carried a few important items in their arsenal – a cricket clicker, a pack of tissues and bobby pins.  The clicker was used much the same way dog trainers use it.  It was a signal to execute a particular behavior.  Click – form a single line.  Click – walk.  Click – stop.  Click – file into the pew. Click – sit. Click – stand. Double Click – kneel.

The tissues served several purposes: 1) If a girl forgot her beanie or little, round lace mantilla for church, a tissue could be roughly pinned to her head; 2) If a girl was foolish enough to wear lip gloss, it could be forcibly removed with said tissue; 3) And,with the addition of a little spit, the tissue could remove dirt from the face of one of the “rough” boys.

Ah, but the bobby pins.  They served a special function on Ash Wednesday.  Bangs were very popular among the young ladies of my generation – bangs that hung down into your eyes.  They made you look super cool but made it difficult for Father to put the ashes on your forehead.  So Sister would go around with her little stash of bobbys and pin your bangs straight up in the air, off your forehead.  We all looked like a Martin Short character.  They were such experts at public humiliation.

Yet despite all the emotional scars, some of the good stuff stuck.  So every Ash Wednesday, I take the time to reflect on my place in life and on my spiritual health.  Oh, and I make sure my bangs are out of the way. 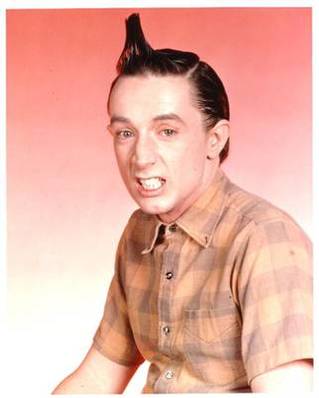 This entry was posted in Daily Life, Spirit, Uncategorized and tagged Catholic, nuns. Bookmark the permalink.

My life in addiction recovery with a traumatic brain injury