Yesterday I wrote about my Aunt Mary and wished her a Happy Mother’s Day. She is someone I miss dearly. I barely mentioned my Mother except to say we had a difficult relationship. I thought I had made peace with that. I know I forgave her years ago for all the hurt. But I guess there is still stuff there. I don’t think of her much. And when I do, I basically feel nothing. I think, perhaps, that’s a way to protect myself. It’s better to feel nothing then to feel the pain of having a Mother that didn’t have my back.

She wasn’t a horrible person but she was unhappy. She was someone who felt life had cheated her. And sometimes, she took that out on me. She was a brilliant woman who always thought she deserved better than she got. But she was also a woman who never took a chance. She took the path of least resistance.

She knew where all my soft parts were and she had unerring aim when she went for them. She was my toughest critic but didn’t offset that by being my biggest supporter. I still struggle with confidence issues and I’m in my sixth decade.

But I realize now that for much of her life, she was afraid. And she did try to give me whatever she could. Having experienced widowhood, I can begin to understand how terrifying it must have been to be left alone with a nine year old child to raise. I remember her loosing her job when the doctor she worked for retired. She began studying shorthand in the hopes of finding different employment. When you are a kid, you don’t get the pressure of wondering where you are going to get the money to pay the bills.

When my first husband died, a friend gave me the gift of a session with a psychic to try to resolve some of the lingering issues I had with him. But the psychic only wanted to talk about my mother. I never mentioned my mother, let alone the fact that she had died the year before my husband. She told me my mother was in a place where she was learning about all the choices she had made in her life. She told me that my mother wanted me to know that she was sorry. That she realized now that she had always been jealous of me and that is why she shot me down even though she loved me. That was when I knew I could forgive her for the pain she caused.

And I did. But I never dealt with the pain. I forgave and then just put it aside. I’m beginning to realize that I have to let that little girl cry because she didn’t have the kind of mother who would tell her she was wonderful. And I need to remember that, no matter what, she never neglected me. I had food, a roof over my head, new clothes, toys a good education and mostly anything I asked for. I’m sure, in her mind, that made her a good mother.

I think I just figured out that by withholding any good memories of her, I am trying in my own way, to get back at her. if I wasn’t a good enough daughter for her, well then, by God, she wasn’t ever going to be a good enough Mother for me. So if I am ever going to let go of the sadness and pain of my barbwired past, I have to acknowledge that my mother was a flawed person who navigated the troubled waters of her life as best as she could. It wasn’t so much about hurting me as protecting her own fragil ego.

I know I still have a lot to do to heal, But I will take a small step and thank my Mother for what she did do for me. I need to stop focusing on the bad and balance it with the good memories. I will not diminish the the deep cuts and scars I still carry, but I don’t want to keep making them the main narrative anymore. Perhaps my Mother wasn’t the mother I would have hoped for, but she did what she was capable of. Happy Mother’s Day, Mom. Maybe we can still work this out. 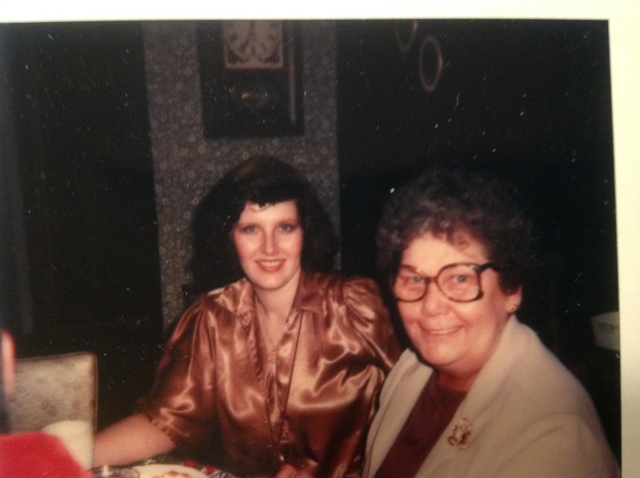 This entry was posted in compassion, Family, Growth, Uncategorized. Bookmark the permalink.